I sang all through my college years, in student reviews, and shows, and cabarets. Later on, I continued to sing as I pushed my babies along the pavements in their buggies, but by then it was under my breath. I only let rip at the children's bedtime, when my husband and I would take it in turn to do the lullaby session.

I was happy at Roedean, my boarding school. I was a noisy, exuberant child who was longing for the company of other people … the more the merrier. I was clever enough to do well, but not clever enough dreadful, still, at math and science and appalling at all sporting activities to intimidate anyone. I was a good chameleon, finding it easy to blend in with what was required to please a set of strangers. I am not obstinate, or single-minded, or brave, so I found it easy to accommodate myself to quite often silly rules and regulations. I was homesick at first, but not cripplingly so, and easily distracted by the next nice thing that happened.

I find it difficult to be unhappy for long, and count myself extremely fortunate that, for the most part, my life has proceeded smoothly. I think this incapacity for misery may be inherited. My father always maintained that he was allergic to unhappiness, and actually ran a temperature on some occasions when life was going badly for him. All through my school days, I had no proper answer to the question: "Where do you live? There were photographs of parents and siblings standing next to flower beds and favourite trees, and references to dresses and shoes left behind in "my cupboard" because they were unsuitable for school.

I had a home too, in the sense that my parents lived somewhere, but because that somewhere wasn't in Britain, I only went there once a year for the long summer holidays.

Frankie Gaffney’s advice to writers: ‘give up the booze and break some rules’

Christmas and Easter holidays were spent moving round the country from one friend's home to another, and my base was my aunt Vivienne's house in Rhiwbina, a suburb of Cardiff. Vivienne was divorced. She lived with her mother, Messoda, and her two sons, Wyn and John. The house was small, in a long street of other small houses. I stayed there so often that I even had a circle of friends, and together we went to Saturday morning movies at the Monico cinema. Vivienne wore bright red lipstick and filled the house with laughter. Messoda cooked Moroccan dishes in the. I always enjoyed staying with friends.

In one place, I went riding with Jillian, and discovered how terrifyingly high up a horse's back is. One of my friends was called Patricia, and she was the youngest daughter of the school doctor. Their house in Brighton seemed the perfect home to me, and their family three daughters and a son the perfect family. I suppose they must have been very well-off. The garden was huge and well-stocked with shrubs, and there were at least five bedrooms. I had another friend called Kaye, whose parents ran a public house in Portsmouth.

Her mother had to get up at six o'clock to make sausage rolls and pies for the day. Kaye also had a very good-looking elder brother called Derek, with whom I was hopelessly infatuated. My parents, living in The Gambia in a town that was then called Bathurst but is now called Banjul, were part of a circle that included many French expatriates, who had somehow slipped over the border from the neighbouring French colony of Senegal.

My mother worked for a man called Marc, who was divinely handsome and more than twice my age. I fell in love with him, but an occasional dance at the Club was as close as I got. The summer after I was fourteen, I met another Frenchman, named Jean.

He had the most extraordinary turquoise eyes, and he was the first man to kiss me properly. I returned to school after the summer holidays full of information for my contemporaries, and with my French conversation greatly improved. It was also in The Gambia that I began to get some inkling of the pains of love. 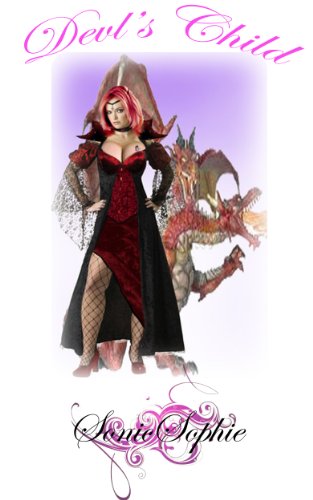 My parents had a good friend who was having an affair with someone who was not her husband. She broke up with her lover in the end, and I eavesdropped on long and tearful sessions between her and my mother, which often went on late into the night. My father used to drive me the five miles or so to the Club whenever there were dances. He used to sit in the Reading Room, looking at back numbers of the magazines from London, or else chatting to his friends at the bar. When the dance was over, he would drive me home.

He didn't mind how late it was, but he would never let me come home with any of the young men, who were all, in his opinion "drunk as Bandusian goats. After The Gambia, my parents went to Tanzania, which was then called Tanganyika.


My father was a judge by then, and our house was next door to the home of Julius Nyerere , who later became president. In the evening the fragrance of cloves from the offshore island of Zanzibar drifted in on the sea breeze. I loved Dar es Salaam. I spent three summers there, and I was old enough by then to do some holiday work. I had a job in a dress shop one summer; I did some schools broadcasting for Tanganyika Radio, reciting long passages of nineteenth-century poetry onto tape for the benefit of students who were far from any teacher.

I also showed tourists round the town. Many ships docked in Dar es Salaam, and I conducted excursions in both French and English to places of interest like the sisal factory. My chief memory of those days is of endless barbecues on the beach and dinners at the Aquarium Club. My mother spent a great deal of time turning up the hems of all her dresses so that they would be short enough for me.

SCARY STORIES TO TELL IN THE DARK - Official Trailer - HD

Then when she wanted to wear them herself, she would take them down again. During my last summer holiday in Tanzania, I took some driving lessons. I loved driving, but failed my test. From that day to this, cars have somehow never been conveniently at hand, so I still don't drive and we have never owned a car. We live in a city well-served by buses; I'm mad about trains, and I've always taken taxicabs at the drop of a hat. I write and receive a great many letters. I wait for the postman every day. Getting mail in the morning makes me happy, and not getting any lowers my spirits in a quite irrational way.

Fortunately, being a writer generates a lot of post, and I'm slightly dreading the day when everything becomes electronic. There's no delightful slitting open of envelopes on the Internet. This passion for the post dates from my days at Roedean. It was very important indeed to have frequent letters.

Our House Mistress, Miss Ratcliffe, would bring the pile into breakfast with her, and after finishing her slice of toast and marmalade, she would read out the names of everyone who had a letter. We used to squint at the pile, trying to catch a glimpse of distinctive stationery, in my case the blue and red flashes along the edges of an airmail envelope.

A writing case had been part of my equipment when I was first sent to school. It was a beautiful red affair with a gold zip, and it contained air-letter cards, a pad of Basildon Bond paper, a packet of envelopes, and a book of stamps. Every Sunday morning, we sat in the prep room writing home. The prefect in charge used to chalk a list of "news items" on the board, for those who didn't otherwise have anything to tell their parents.

As I grew older, I searched for more and more elaborate paper. I went through deckled edges, and all manner of fancy pastel colors, before settling at last on the austere and I hoped elegant combination of Three Candlesticks notepaper in cream, and always, always the blackest possible ink. I modelled my handwriting on that of a favourite teacher, and one of the reasons I like writing everything in longhand first is because I actually enjoy the way my handwriting looks.

Breaking friends with someone was what caused me the most misery during my school days. Not being picked for this or that gang was a tragedy, and one or other of my companions preferring someone else an absolute torment. Failures weren't too much fun, either.

I failed all the math exams I ever took, and only managed to scrape a pass in my G. I was also always the last to be picked for any team game whatsoever. 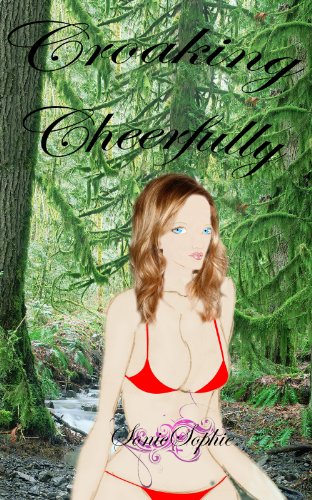 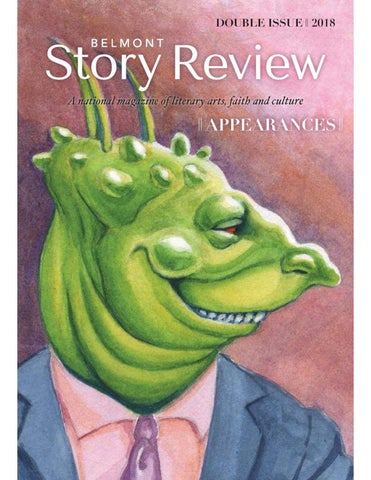 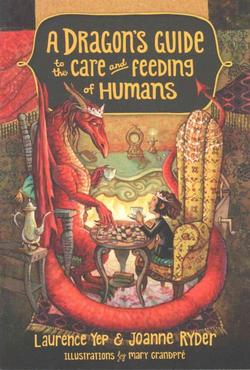 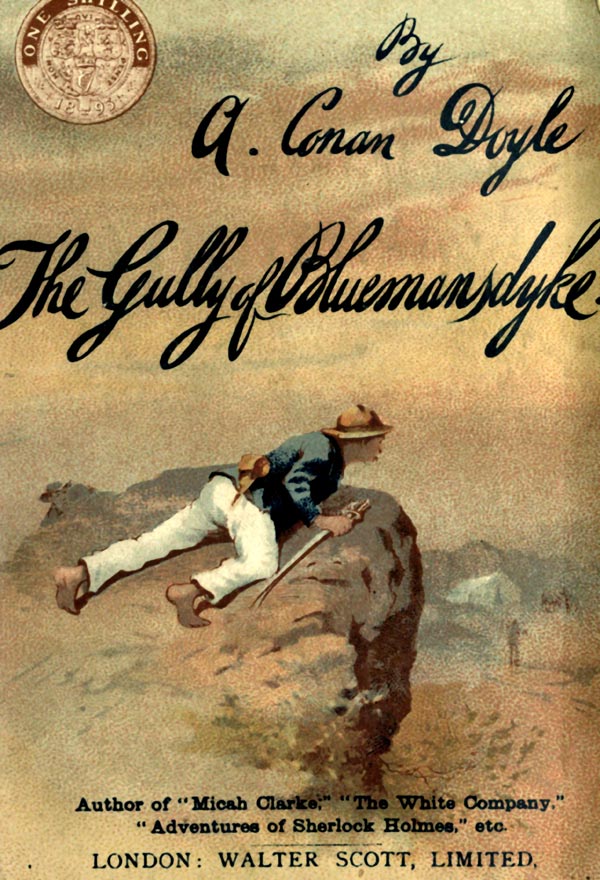 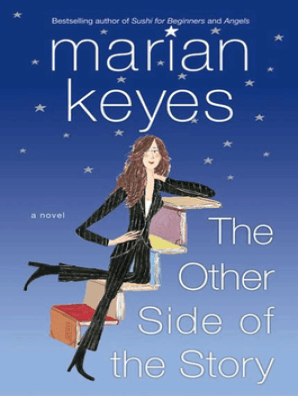